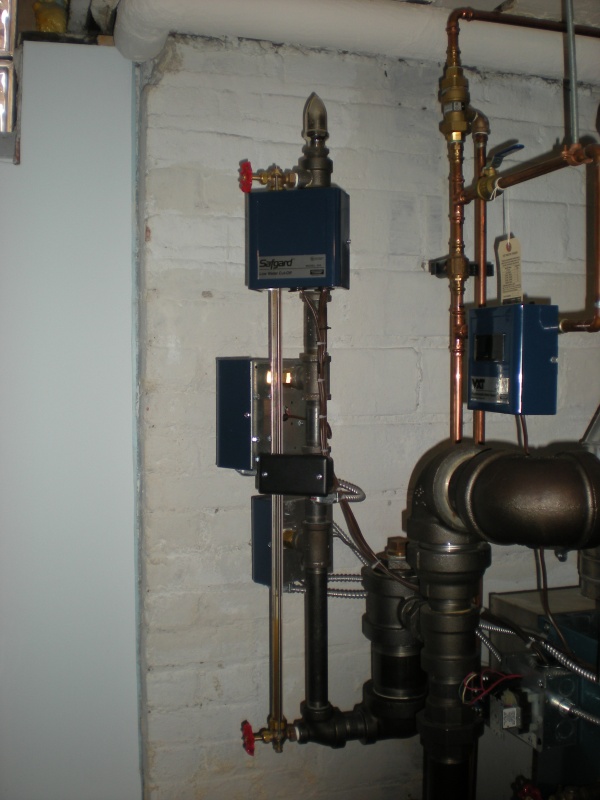 For awhile now we have been installing vaporstats to control either the low fire feature of a boilers gas valving or the burner shut down point as pressure builds up. As of late the quality of the vaporstats has really been a disappointment. Some of these systems, in particular the vapor systems need very accurate control of the pressure. Or if there is a height issue between the boilers waterline and the steam main or return main, then accuracy of the control is important.

We were experiencing issues with the modern controls such as we had to set the scales at a widely different number than what the pressure actually was. So if you looked at the control and it was set at 3 ounces, there may have been 7 ounces present. Thats totally inaccurate and can be quite misleading when trying to troubleshoot issues.

This led Steve on a quest for a better control. After not being able to find one in the market place he did what Americans have always done and came up with a better device on his own.

The Pajek Pressure Controller even has a sight glass to view the pressure rise visually. The concept is that as water is driven up a column by the boiler pressure it passes past electronic probes which either make or break a circuit depending on what the desired function is. The device is dead accurate. Its more expensive but its accuracy is remarkable.
Fill Out a Form • OR • Call Us Today 440-252-7120
Fill Out a Form OR,
Call 440-252-7120
Click to view full map
Get In Touch
LICENSE: #22183
ADDRESS:  7601 First Place Suite A-2
Oakwood Village, OH 44146
PHONE:   440-252-7120
HOURS:  Monday to Friday: 9AM - 5PM
Saturday: By Prior Appointment Only
LICENSE: #22183
7601 First Place Suite A-2
Oakwood Village, OH 44146
Monday to Saturday: 9AM - 5PM
Connect With Us