-Don't Do This-
Bad Practice on 2-Pipe Steam 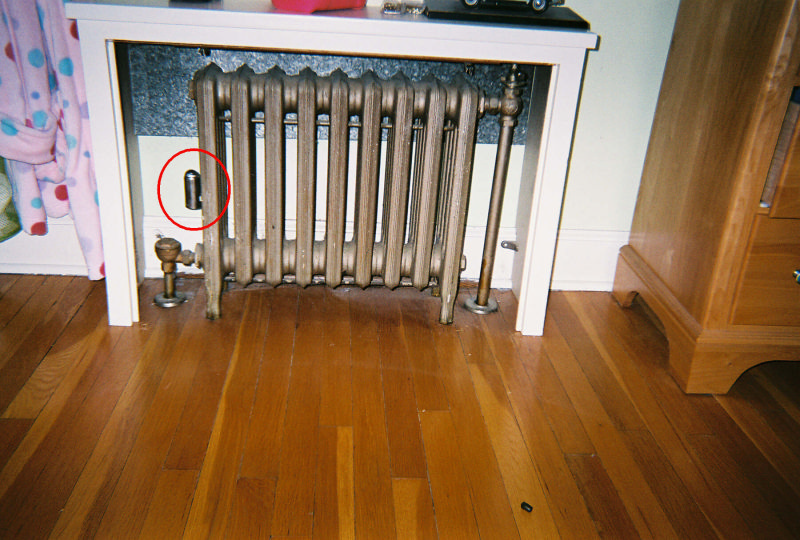 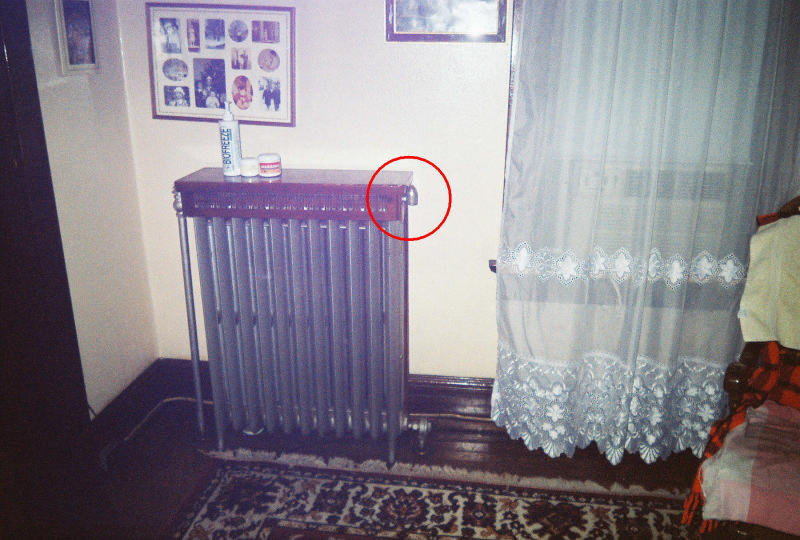 Look closely at the two pictures on this page. See something unusual? What kind of radiators are these? What your looking at are two pipe radiators. See the steam inlet on one side and a steam trap on the other. In the circle are one pipe steam radiator air vents. Now don't you ever do this! Someone was trying to solve a problem by doing this. But all they did was to create a future problem. It may even have helped their initial issue. All they did was to treat a symptom instead of fixing the problem.

The trap was failed closed, right? So now steam is condensing in that radiator. Where is it going? How about its filling the radiator up! Now one of two events is going to happen. The radiator will fill up with water till it no longer heats. The homeowner calls the plumber who shuts off the boiler, goes up stairs to the radiator and is going to take the cover off the trap to replace the moving part that failed. This is a steam system so there should be no water in the radiator when the boilers off. He takes the cover off and gets douched by five or six gallons of water. And of course the room will have white carpet and be on the second floor so that the water can destroy the ceiling on the first floor as it pours thru the hole the pipe uses. A pretty mental picture huh? All because some jerk put a one pipe radiator air vent on a two pipe radiator. Here is another scenario. The radiator starts filling with water. The boiler says ''hey I'm running out of water''. So the water feeder turns on and feeds water to the boiler. Then the system shuts down. The water in that radiator may be able to leak back past that bad trap and now slowly causes the boiler to flood. You keep draining extra water out of the boiler. You keep wondering where the water comes from. You finally call your plumber who replaces the automatic water feeder cause he figures it must have gone bad. You pay him and the problem returns. So now your out the money for the feeder, your mad at your plumber, you hate your boiler, and you still have your problem. All because some jerk put a one pipe air vent on a two pipe radiator. But hey, the radiator got warm didn't it?